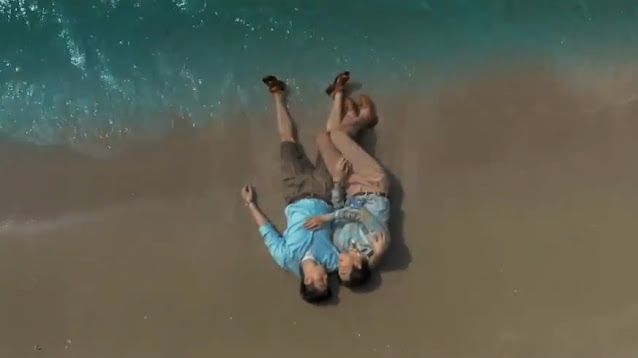 This movie just recently came out in Thai cinemas. It’s a movie based on true a story. The story took place in 1967, about a trans woman, Pranode. She was known for her Thai traditional dance role as Seeda and her exceptional beauty that got her banned from trans women’s beauty pageants because no one could compete against her.

Pranode had a boyfriend, whom were together with her for 8 years, but the guy married a woman after they broke up. And that might have left a scar on Pranode.

After 3 years, Pranode had a new boyfriend, Cheep, a handsome taxi driver. They moved in together and were very much in love with each other, and even made a vow at Wat Phra Kaew (temple) that they will never cheat on each other, and if one dies the other shall follow.

Pranode was haunted from her past love experience and scared that Cheep will leave her for a woman. They fought frequently and Cheep moved out. Pranode tried to commit suicide several times, her last attempt was on 2nd May 1967, where she took her last breath.

Cheep came as soon as he heard the news, he hugged her lifeless body while muttering over and over “I will follow you. Wait for me”. Cheep ordained as a monk for her funeral and killed himself after the third day of the funeral on 15th May. In his letter, he asked to be put in the same temple, next to Pranode’s grave.

Pranode actually came from a wealthy family. Her father was a doctor. They loved and accepted her. Which is a big deal during that time.

THE STORY OF STONE | 紅樓夢 | DREAM OF RED MASIONS – REVIEW

Starr Wu, made a great move to adapt one of the most important of Chinese literature – The Dream of the Red Chamber ( The Story of the Stone) – into a contemporary story . […]

Meet the Cast of “Gaya Sa Pelikula” (Like in the Movie), another up coming Pinoy BL Series proudly produced by GlobeStudios

Next stop is happiness (下一站是幸福)