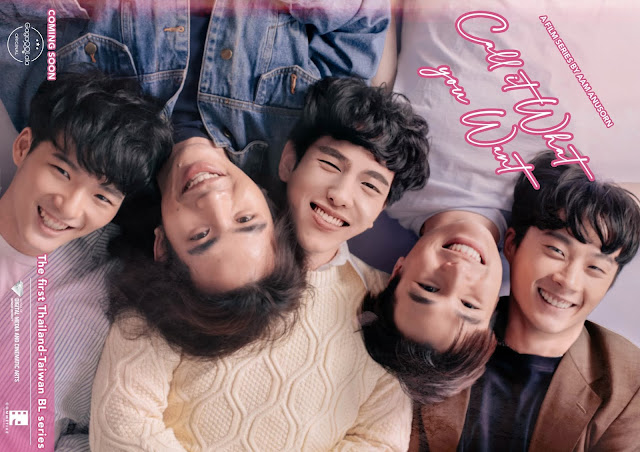 “Call It What You Want” is film series about the BL industry following the director, James, who as cheated on by his boyfriend. In the middle of the process of the film, in which James had planned for a long time, the film got cancelled. He was depressed for a while until P’Tee called him and wanted James to collaborate with him in his new series “2 Night” in which James agreed. At the MTH production company he met Bas and Ait, the lead actors in the new series that he was working on; they both had pressure from the agency regarding the way they have to act and what they have to eat. We’ll also follow the hardships of Bas and Ait which they have to encounter in the BL industry. Meanwhile, James’ friend, Marco, a Taiwanese model who has been staying in Thailand for a couple of years now, has been in love with James for a while, but decided not to confess his feelings, instead deciding to take care of his friend.

One of James’ jobs was to to give the boys acting lessons and by doing so, he and Ait got closer, however, they couldn’t make their relationship official as the company was opposed to them dating. They decided to date in secret. Bas and Marco, by that time, already felt that something was going on between the two. Bas decided to keep quiet, but jealousy got the better of Marco and it made him possessive of James. Bas had secrets of his own, a dark one. He had a problem with P’Tee and didn’t know who to turn to for help.

I TOLD SUNSET ABOUT YOU (BKPP)

Upcoming BL | Because Of You (因為愛你)

The story of three half-brothers from a large corporate family and the way they deal with the struggle of familial love and facing all possible situations associated with the feelings of “no way”, “impossible”, and […]

THE MOMENT I NEED YOU #แบงก์ภณxแบงค์ออมสิน

Following a painful breakup, Toey decides to heal his broken heart in Higashikawa town where he meets Oat, who is on his bachelor finale trip. From stranger to friends, romance spark off between the two. […]

The movie is about an orchestra in Fujimi block, they don’t have front conductor and just play as their interest. However, one day, a front conductor who is a genius want to direct them, he […]

Will You Still Love Me Tomorrow?